It’s not the end of violence, but you can see it from here

(Disclaimer: this article contains major spoilers for The Last Of Us) 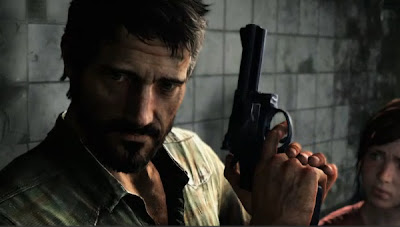 Since its release, Naughty Dog’s The Last Of Us has been praised for its unparallelled atmosphere, narrative ambiguity and character development, but also criticised for its propagation of certain storytelling tropes. This analysis takes a look at the way the game deploys and challenges these clichés.

The medium of videogames is in a transitional period. After years of being dominated by male-focused, violence-heavy narratives, the rise of indie developers and the maturation and diversification of the audience has birthed a vital counter-culture, which has grown so large that it can no longer be ignored by the industry at large.

More and more, publishers and developers are called upon to rethink their approach to characters, violence and the integration of gameplay and narrative. Lazy tropes are called out, sexism and other nasty prejudices no longer tolerated.

Unfortunately, the battle is far from won. Though the conversation is starting to change, the adoption of these ideas by AAA developers is moving at a snail’s pace. Though arguably the recent Tomb Raider reboot succeeds in emancipating Lara Croft into a three-dimensional character from her beginnings as a teenager’s sexual fantasy, this victory was tainted by sexist comments by the game’s executive producer and the torture porn imagery within the game itself. And the second blockbuster release of the year, Bioshock Infinite, was deeply problematic on a variety of levels (among them: the narratively dissonant violent gameplay, the portrayal of the game’s black characters and the naivete and subservience of its female protagonist). 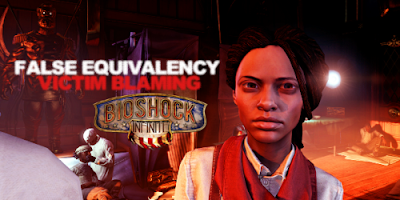 In these tumultuous times, we are confronted with yet another male-led, violent epic, and yet another game in which we’re tasked with protecting a female character: Naughty Dog’s The Last Of Us. The game was released to enormous critical acclaim, but also to justified criticism: do we really need to roleplay as a tormented white man again? Indeed, the introduction to the game confronts us with that most tired of tropes: a female character being killed to serve as grist for the emotional mill of the male protagonist.

However, as the game progresses, The Last Of Us increasingly challenges the notions of male heroism and exceptionalism it at first seemed to embrace. First off, the adult female characters in the game are, in direct contravention of conventional stereotype, far more capable and less driven by emotion than Joel. Both Tess and Marlene are pragmatic characters with well-defined goals. The contrast with the Joel we meet in the game’s opening chapters is stark: he is an utterly broken man, barely able to get out of bed in the morning. Interestingly, this paints the male presence in the story as far more emotionally dependent than the women: Tess and Marlene must have lost family too, but somehow, they have succeeded in moving on. 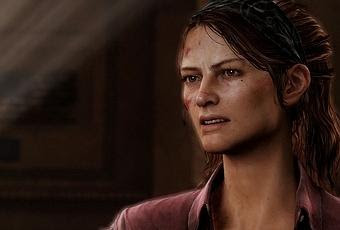 This turns out to be the central theme of the game: Joel’s failure at living without being able to take care of someone, or without being in charge of someone else’s well-being. In essence, it is about Joel’s inability to love selflessly. Time after time, the game underlines this:

- Joel can’t accept Ellie’s love until she tells him that she depends on him emotionally;
- in the game’s Winter chapter, Ellie’s independence is presented in direct counterpoint to Joel’s convalescence. Only when she is in danger does Joel recover, only for Ellie to rescue herself;
- Joel’s most sickening and least hesitant acts of violence (both of them acts of torture) are perpetrated when he’s “rescuing” Ellie;
- in the Spring chapter, Joel is ready to call this whole “saving humanity” thing off (though he presents it as concern for Ellie); it’s Ellie who makes the choice to go on.

The ending of the game supports this narrative in no uncertain terms. By pitting the survival of humanity against the survival of the “damsel in distress”, the game makes the selfish nature of Joel’s love crystal clear. From the aforementioned torture scene to the brutal killing of the brain surgeon who’s about to operate on Ellie, his rescue mission transpires in the ugliest way possible. And the worst is saved for last: Joel murders Ellie’s surrogate mother Marlene in cold blood, symbolically ending any female interference in his relationship with his “daughter”. Even Joel’s slow-motion escape reinforces the sense that his actions are more about him “heroically” correcting his past failures than about Ellie.

The final scene shows the human cost of this monstrous behaviour: in a devastatingly ambiguous conclusion Ellie presses Joel on the truth, but he chooses to lie to her. The conflicting emotions on her face show as much sadness and disappointment as they do relief at her continued survival. 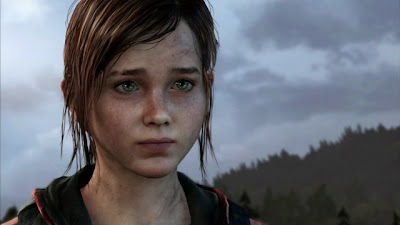 Joel, in the end, represents the utter failure of a man to change with the times and abandon his traditional role of master and protector. His culturally programmed dependence on being able to fulfill that role makes him cling to it ever more violently, with predictably disastrous results.

We’re still waiting for an AAA game that does away with the primacy of masculinity and violence altogether, and it's inarguable that the game is partially predicated on the clichés that it works so hard to subvert. But as a critique on the ultimate destructiveness of the “male protector” trope and the way that most games conflate heroism with violence, The Last Of Us represents an important step in the right direction.
Posted by Marijn om 19:09